Created in the image of God…

This Sunday is Women’s Day in South Africa. Today, this was among my blog search terms (the words people put into search engines, to which the search engine suggest my blog):

END_OF_DOCUMENT_TOKEN_TO_BE_REPLACED

Church, Response, The Rest of Scripture

What Abraham, Sarah and 1 Peter 3 teaches us about gender roles 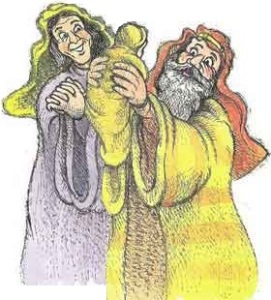 (Guest post by LaCigol. Guest posts are not necessarily the opinion of the blog owner)

God changed the name of Abraham’s wife from Sarai (contentious) to Sarah (female ruler). You may have a pink-ruffled-dress Disney-ish idea of what “princess” means, but it is the female of the word used for leaders and influential people. From that, we can see that God, right from the time of the covenant with Abraham, did not want men to see women as “contentious” when the two disagreed – He wanted believing men to affirm the leadership of their wives.

Meanwhile, God changed the name of the father of believers from “Abram”(exalted father) to “Abraham” (father of many), to indicate that Christian manhood is about nurturing and raising a family, not about standing “exalted” as fathers. From Gen 21:12 we can also see that it was His pattern for believing husbands to be obedient. END_OF_DOCUMENT_TOKEN_TO_BE_REPLACED

You don’t need physical strength to represent Jesus. (Or a male body, for that matter.)

Which one of these two would you rather hear preaching? 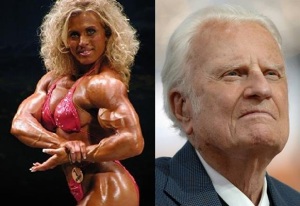 The one on the right is Billy Graham. I have no idea of the name, religious affiliation or lack of it, or character of the woman on the left. Now you know why I cannot quite agree with this quote:

For those of us who still expect Jesus to be the same Lord that terrified the Apostle John (Rev 1:17), we have trouble seeing a woman in that role…

Church, Response, The Rest of Scripture

Submit, how? The wife’s “proper place”

Hypotasso (spelled hupotasso in some sources), translated into English Bibles as submit, (as in, for example, the verses that wives have to submit) is a combination of two Greek words.

The one is hypo (spelled hupo in some sources), the other tasso.

Tasso means to arrange, and hypo means, according to the dominionists, under. And thus hupotasso would be, they say, to arrange under.

The context of Titus 2 (Evi, the Titus 2 keeper, and the toy aeroplane)

Janet told Evi about how she is a Titus 2 woman, how she shuns feminism and fulfill her Biblical role, as told in Titus 2: 3-5. And how it is the plan of God for all women, even the unmarried and those whose grown children left the home, to stay at home, and commit themselves to home and husband and children exclusively. While they speak, Janet’s 7 year old son comes in.

“Mum, my plane don’t fly right,” he say. In his left hand he holds a light glider-like toy airplane, in the right the other part of the toy, a slingshot designed to launch the toy plane with. His mother is still talking to Evi, so she tells her 10 year old: END_OF_DOCUMENT_TOKEN_TO_BE_REPLACED

Putting Titus 2 women in their place (Or: Should women stay at home?) Part 1 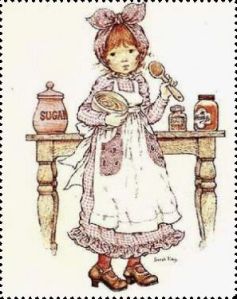 It is my firm conviction that some women who call themselves “Titus 2 keepers” and “Biblical womanhood women” have overstepped the bounds that God have given to them and their ministries. If you are a woman who read that kind of blogs or books, or listen to their speaking engagements, please read here, and see if they have the right, from what the word of God teaches, to teach as they do.

We will start with their favorite verse:

Tit 2:3-5 Likewise, teach the older women to be reverent in the way they live, not to be slanderers or addicted to much wine, but to teach what is good. Then they can train the younger women to love their husbands and children, to be self-controlled and pure, to be busy at home, to be kind, to be subject to their husbands, so that no-one will malign the word of God. END_OF_DOCUMENT_TOKEN_TO_BE_REPLACED

Favorite Complementarian Passages, Lightening the yoke, The Rest of Scripture

Putting Titus 2 women in their place (Or: Should women stay at home?) Part 2

Does God say that a woman’s sphere is only the home?

Genesis 1:28: God blessed them and said to them: Be fruitful and increase in number, fill the eart and subdue it. Rule over the fish of the sea and the birds of the air and over every living creature that moves on the ground.

Seemingly not. The earth was given for both genders to rule and subdue.

Does God find some things more important than housekeeping? END_OF_DOCUMENT_TOKEN_TO_BE_REPLACED

Favorite Complementarian Passages, Lightening the yoke, The Rest of Scripture

Sometimes, people respond to me with things like: “You are wrong, see 1 Timothy 2:11-15” Most of the time, they will then cut and paste the entire passage, invariably from a translation which put “assume authority” in :12, never from one that choose another possible meaning. They will have nothing more to say, as if the passage is self-explanatory. Of course, in studying this topic I looked at 1 Tim 2:11-15. Here is what I will cut and paste next time someone does that: END_OF_DOCUMENT_TOKEN_TO_BE_REPLACED

Several places in the Bible historically calls someone a “head/ruler of the home”* without teaching he should be. Wbmoore mentions them in among others this sense (from his response on part 1)

But men are very obviously considered to be head of the house in both the Old and New Testaments. Take a look at the usage of oikodespotēs. It is a masculine noun and is only used to describe men. That term is translated as land owner and head of house.

But only one verse teaches about being “oikosdespotes” as a matter of Christian conduct! Titus 2:14 uses the female of that word, “oikosdespoteo”, to say that Paul wants widows to remarry and be good rulers of the home. God never says that he wants men to rule the home/ be “oikosdespotes”.

Wbmoore does not like my choice of translation, but that one is closest to the literal meaning of the Greek. “Oikosdespoteo” breaks down into “oikos” – home, and “despoteo” – “despot, ruler”. Paul also says this about despots (same Greek word, without the “oikos”):

Tit 2:9 Exhort servants to be in subjection to their own masters (despots), and to be well-pleasing to them in all things;

Titus 2:9 is not the only verse about submitting to despots. If men should be subject to their despots, does this mean they should be “yes-dear-whatever-you-say”-obedient to their wives, without a mind of their own? No, of course not. When the Bible calls us to submission, whether we are male or female, whether to life partners or the church at large, “yes-dear-whatever-you-say”-obedience is not the relationship God dreams of for His free people. God has given minds to male and female, to the recently saved and the elders, because Christ’s body needs the minds and gifts of all.

But this does not remove the need for her to do what God told Eve, to be ruled by her husband. – in much the same way a CEO is in charge of a company, yet is still subject to the Chairman of the Board.

But God did not tell Eve to be ruled by Adam, any more than He told Adam to leave all weeds on his land.

Ad hominems instead of answering

Me: And for the second part: Since the Bible does not contradict itself, either “wifes (submit) unto your own husbands as to the Lord”, or all the verses about having no other master except God, does not mean what it does on face value. Which do you think should be re-interpreted?

Wbmoore in his second response ‘answers’ the above with:

I said she is re-interpreting Genesis 3:16, or outright ignoring it. Is this because she wants to be like the world and a feminist, rather than obeying God and following her husband as scripture says to do?

Ignoring Genesis 3:16? The person who is ignoring something is him- he ignores the absence of any orders to Eve, and the absence of calling hers a curse in Genesis 3:16, and he is ignoring my question. Instead, I am called a “feminist”- the favourite complementarian ad hominem. And I am called “like the world”, without the accuser even knowing me to confirm/ bust that suspicion. Moore is probably unable to answer, and therefore try to insult rather than to answer. I don’t see any need to defend myself from false accusations (Matt. 5:11).

As for following a husband “as scripture says to do”, I have this far not married for the reasons scripture (1 Co 7:33-34) say it is better to stay single. And if I marry, I will treat my husband as scripture say. But I am looking for a husband that does not usurp authority scripture does not say he has.

Which brings me back to the question Moore failed to answer: Since the Bible does not contradict itself, either “wives (submit/ are subject) unto your own husbands as to the Lord”, or all the verses having no other master except God, does not mean what it does to Moore. How does Moore conciliate them? I conciliate them by understanding that submission is mutual*, and -like other gifts the Christian give- voluntary. It should not be preached one-sidedly as if it has more to say to wives than to husbands. It is no weapon to make a wife serve man instead of God, but a way to set both free from fighting for their wants to follow God instead.

Men-should-lead set husbands up for failure and too high expectations, struggling without their strong equal’s help at their sides. It leaves wives without many outlets for their equal God-given dominion over creation. It breaks down communication in marriage (She: “I am not satisfied with this decision but it is my role to submit quietly.” He: “Why is my wife growing distant? I thought she agreed we should do it like this.”). Men-should-lead quenches the work of the spirit through half of God’s people. It dishonours God as many women try to serve two masters and as the world insult the church for misogyny. It misrepresents the character of the Christ who came to set free the oppressed.

* Moore has said that husbands should also submit, and may tell me that he agrees with this mutuality. But despite this mutuality, he preaches male leadership. For this, there is no honest Biblical basis.