Did patriarchy sink the Titanic?

The story of the Titanic (I mean the real ship, not the movie with Leonardo DiCaprio) has all the elements to be truly gripping: Dreams and drama, sacrifice and selfishness, foolish decisions and panic versus true heroism. I see some people with an agenda simplify it this way:

On the Titanic, 1357 men selflessly stood aside so that 380 of the 546 women and children could be saved first. This happened in a patriarchal society. Since feminism entered the world, men are not willing to sacrifice any more. If we returned to the Christian values of that society and those gender roles, men will be sacrificial again.

I read it that way in South Africa’s JOY magazine/ JUIG a month or three ago. It seems the article writer is taking a page from Doug Phillips’ handbook. Doug started the Christian Boys’ & Men’s Titanic Society, which stand “to the enduring legacy of those men who died that women and children might live.” And John Piper tweeted recently:

When the Titanic sank 20% of the men and 74% of the women survived. That profound virtue was not nurtured by egalitarianism.

The profound tragedy that the Titanic sank in the first place was not nurtured by egalitarianism either. Nor was the shortage of lifeboats.

The Titanic sank because of END_OF_DOCUMENT_TOKEN_TO_BE_REPLACED

Update: JOY responded, JUIG did not

The new issue of JUIG and JOY are on the magazine racks. JOY contains the short letter I send them, with a link to this post. JUIG, the Afrikaans sister, do not contain my letter, or anything of the sort, at all.

>   A letter from “Minister Kenneth Emmanuel sr.” , complaining about their “underhanded feminist tactics” and how even their article photo next to the “gender hierarchy in the home” article puts the woman in the centre. According to him, he can see JOY want to put women in the centre. He attack JOY management for being all white too, although the article was written by, according to him, a black person. (Huh? Errol Naidoo is not black, neither am I – I wrote the letter Errol responded to.) He then say: “If you do not repent … you will have a lot of blood on your hands on the day of Judgment.”

JOY responds to him by saying they do not have a feminist agenda, and some of the things he quoted in his letter – prior to it being shortened for the magazine – was my words, not those of the JOY article writer.

(I actually agree with the title-loving Minister Kenneth Emmanuel sr. about one thing: To put one gender at the centre, and marginalize another, is something that should be repented before God. It is sin to twist the Bible to suppress others. Speaking of blood on people’s hands, a sense of entitlement whereby some men believe they have the divine right to rule their wives, contributes to domestic violence.)

>   Ted and Jessica Farrish wrote an intelligent letter in which they say “Genesis is not clear that men were to lead.” They rightly call patriarchy idolatry, mention that patriarchal teachings have been responsible for the death of at least two children (I seem to recall a warning about blood and hands and judgment day, from another commenter just before the Farrish couple?), and explain the meaning of head/ kephale, and mutual submission.

JOY responds to them by saying JOY appreciates their thoughts, does not advocate for patriarchy, and “we hope that our readers took away the Biblical truths we were explaining in this instance.”

>   The third is a short letter by me: Head, as in “the man is head of the woman”, does not mean leader. The letter then links to my article.

JOY did not answer me.

The Afrikaans sister magazine do not have anything on the matter, although I sent my letter to them too. How will their Afrikaans readers know that women are not supposed to just accept suppression under the name of male headship?

I know that some Internet friends of mine wrote letters to JOY concerning the matter too. I did not ask them. I only linked them to the JOY article, and told of my frustrations. (Up until now,) their letters appeared neither in the magazine nor on the letter page on their website.

Please, fellow Christians, help us get the message out: God does not want one gender at the centre, and the other marginalized. The very passage that is most often twisted to get hierarchy, starts with “everyone should submit” and ends with “God is no respecter of persons.”

Woman and man in God’s design: My response to JOY magazine

What could Errol Naidoo, writer of JOY magazine’s Gender Hierarchy in the home article, say to Journey and the many women like her? Yes, we agree her husband is not supposed to be like that. But what should she do here, if the Bible commands her to submit to her head? END_OF_DOCUMENT_TOKEN_TO_BE_REPLACED

JOY magazine, South Africa, published an article, Gender Hierarchy in the home, in their January 2012 issue. It was also published in their Afrikaans sister, JUIG. That was in response to a letter I wrote to them. I plan to soon respond to the article on my blog, but meanwhile, here is the letter they recieved. Black normal font is for the words in both my letter and the magazine, black bold for the words they left out. Red is for words they inserted.

What I add this time round, but which were not in my original letter, are footnotes and the numbers to reference them. (Because the Christian Patriarchy movement – which include Quiverfull – sounds absolutely unbelievable to those who don’t know it, and my remarks about them may sound like sensasionalism to JOY/ JUIG readers if not backed up.)

There is a lot to appreciate about JOY and JUIG magazine, but lately I noticed a disturbing trend creeping into both Joy and Christian society in general. 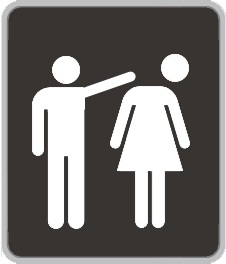 There are doctrines in America known as “Christian Patriarchy” and “Complementarianism” which promotes gender hierarchy in the church and home.(1)(2) For example, patriarchy teach wives and children should answer to husbands who, in turn, answer to God for them(3) (despite the clear Biblical teaching that Christ is the only mediator between humans and God.) Some patriarchists even teach a wife should obey her husband when he asks her to sin.(4)(5) They believe women belong only at home (6)(7)and should not vote, (8)nor teach men.(9)

Even some churches that do not overtly accept patriarchy (yet?), are tacitly accepting it through “Biblical manhood and womanhood,” the idea that men have the role of doing A, B, and C for the Lord, but women should do D, E, and F. Such gender roles restrict women from using their A, B and C gifts, and men from developing the D, E and F virtues. Scripture never says some gifts are for men and some are for women.

I am afraid that, in a lot of small ways, these ideas are trickling into JOY. To mention a few examples: END_OF_DOCUMENT_TOKEN_TO_BE_REPLACED