Toxic religion part two: Which basics of Christianity is apparently forgotten by those who hurt others in the name of Jesus?

Basic one, the first “weightier matter,” is probably to love God with heart, soul and strength, plus other people as yourself. It seems

that while all the practitioners of toxic Christianity claim to love God, many (not all) of them seemed not to love others enough. They will say they love, but they allow their love to become theoretical and spiritualized. For example, END_OF_DOCUMENT_TOKEN_TO_BE_REPLACED

Other Thoughts, The Rest of Scripture

Toxic religion part one: Why do people do bad things, and think they are serving God?

I was overwhelmed by stories recently: True stories of people who honestly tried to follow the Lord – and in their trying, caused misery for themselves, their children or others.

>    Mothers who almost died giving birth, or whose children almost died, because they wanted to trust God and not go to hospital.
>    Children who were beaten terribly for the slightest infraction, because their parents heard that crushing a child’s will to rebel will crush his will to rebel against God.
>    Wives that were told to submit even more to an abusive husband because God asks her to submit – advice which could lead to death.
>    Children who grew up in extreme poverty, because their parents believed that they should trust God instead of using birth control, and not let the mother work for a second salary, nor accept welfare…
>    Pastors that believed in going to sinners in private, and forgiving if the sinner confess, hearing of a child molester in the church. The molester pays some lip service to being sorry, and therefore the pastor tells nobody that this person is dangerous around children. Neither does he lift a finger to keep the molester away from anybody’s children.
>    Children who grew up with extreme educational neglect, because their parents believed that home schooling is the Christian thing to do, and circumstances at home was not conductive to learning.
>    Women who grew up hearing that God calls all women to one and the same role, a role of obeying men however unwise, selfish or abusive the commands of the men may be.

And I asked myself: At least some people who do bad things in the name of their faith call themselves Christians. And at least some of those do 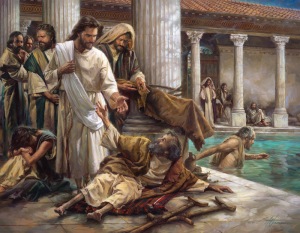 bad things to themselves and others while sincerely trying to follow the Jesus who healed and who said we should love others as ourselves.
How can I know I am actually following God, and not some personal concept of Him? Am I following the One who promised to give “life in abundance”, or am I following traditions that kill the hearts of people and sometimes literally kill people?

I came to the conclusion that most of the poisonous religion, including the Christian versions, start at some time to go so far into details that the basics of Christianity is overlooked. Jesus was a big critic of religion that sees small details, but forgets the weightier matters, for example:

Mat 23:23 Woe unto you, scribes and Pharisees, hypocrites! for ye tithe mint and anise and cummin, and have left undone the weightier matters of the law, justice, and mercy, and faith: but these ye ought to have done, and not to have left the other undone.

Response, The Rest of Scripture