Divine right? Leave that to Him who is divine 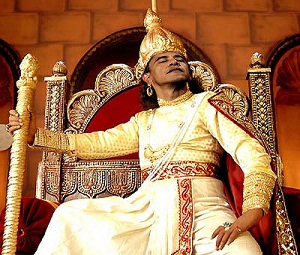 Because I said so! That's why.

Me neither. Oh, this have been coaxed in many nice terms in the past: “It is not a right to rule, it is a God-given responsibility to rule wisely.” Kristen, who often comments as KR Wordgazer on many sites, notices:

“God-given responsibility.” Yep. Just a euphemism for “divine right.” It also used to be called “the white man’s burden” and “noblesse oblige.”

Dress it up however you like, FoF. It’s still an assertion of the divine right …

There is, however, one area on which many people still believe in divine right: Evangelical masculists defend the divine right of males to rule females. I can state without a doubt that God does not give that right in any of the 66 books that make up the Bible. God does not, in any command in the Bible, give men as a group the right – or responsibility – to rule.*

Are we rebels who dislike authority when we don’t want men to rule women, or kings to rule, or whites to rule blacks? Once again, Kristen answers:

Most Christians now would agree that there is no such thing as “divine right” — that God has established earthly authorities, but no one can say, “Because of my birth, it’s my divine right to be one of those authorities.” Except in this area. Christians say, “Because I was born male, I have a right to be in authority over my wife in the home,” and “Because you were born female, it is not your place to take leadership beside your husband in the home, or to take leadership in the church over men [“over your betters” is implied here, although we don’t use that term anymore].”
I do agree that though God has established earthly authorities, God did not desire to do so in the church. Church leaders, yes– but not by “divine right.” Church authorities, no. Jesus said, “Not so among you.” I wish we would finally listen to Him.

I will contrast this with another quote about male rule:

“…say something like this:”Honey, I’ve made a terrible mistake. I’ve given you my role. I gave up leading this family, and I forced you to take my place. Now I must reclaim that role.”

Don’t misunderstand what I’m saying here. I’m not suggesting that you ask for your role back, I’m urging you to take it back.”

“…there can be no compromise here. If you’re going to lead, you must lead. Be sensitive. Listen. Treat the lady gently and lovingly. But lead!…Stop making your wives set the spiritual tone for your household. Assume the task of getting your family to church, and behave like a leader when you get there.”

There are two ways to lead: By example, or by force. The apostles, and Jesus himself, led by example, and did not force anyone in society to listen to them. In fact, most of society chose not to become Christians. Is Dr. Tony Evans suggesting the setting of a good example? No. “Assume the task of getting your family to church” and “there can be no compromise”  is advice to force your will over others, not advice to set a followable example.**

If a man sets a followable example, I am fine with his family – or his employees, or whoever he comes into contact with, following. If a woman does the same, ditto. But forcing others to follow, as is assumed in Evans’ “reclaim leadership” advice? Here is what Christ has to say over the matter:

Mar 10:42-44 But Jesus called them to him, and saith unto them, Ye know that they which are accounted to rule over the Gentiles exercise lordship over them; and their great ones exercise authority upon them. But so shall it not be among you: but whosoever will be great among you, shall be your minister: And whosoever of you will be the chiefest, shall be servant of all.

A hierarchal male may want to use examples now of how society needs police authority, or some other such example of why forced rule is needed. But Kristen, once again, points out the more accurate comparison:

The difference, of course, is that with the police, government, employers, etc., the authority is limited and for a season, and is based upon qualifications, not one’s inherent nature. My employer has no authority over me after hours. The police have no authority over me as long as I’m law-abiding. I have a voice in the making of those laws and in the government.

In fact, if a policeman, my employer or my President came to my house and I asked them to leave, they’d have to do it! In my home, I have authority over them!

But the complementarian position makes the wife’s subordination equal to that of a slave. Her husband-master’s authority over her is unlimited, without scope, and for her entire life from the moment she marries him until death. This is why we equate husband-authority with slavery and not with these other forms of limited authority.

*The texts that, on face value, comes the closest to giving men the divine right to rule, are those 2 talking of the man as the head of the woman. But since the Greek word kephale, which we translate as head, is used for “source”or “beginning” when not literally referring to that thing above the neck, it does not mean what the English reader think it does.

**It is, moreover, futile advice: All the church attendance in the world will not make your family Christians. If you force your whole family to church, if you “set the spiritual tone”, you are not leading your family to Christ. Force cannot make anyone a Christian, only free will can.

Women were made to represent Christ, and man the church?!

Comments on: "Divine right? Leave that to Him who is divine" (5)